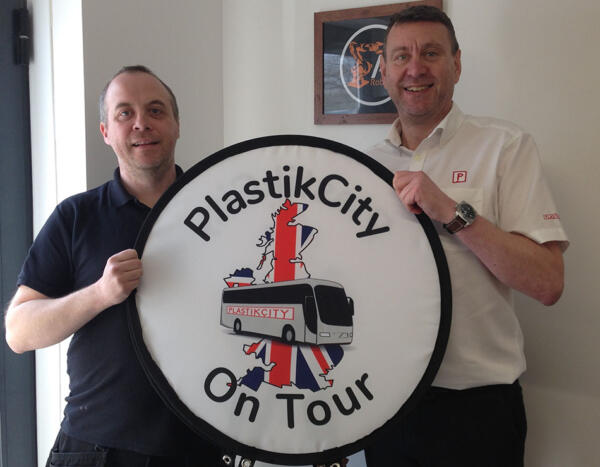 Our next stop was at Bridgnorth based AJ Robotics. We met with Peter Tobin, the company’s founder and Managing Director at the company’s new site in Bridgnorth, Shropshire.

Peter founded AJ Robotics in 2010 and has 23 years’ experience in automation systems, including several years working for both ATM and Press-Flow. He now employs six engineers, two of which are permanently field-based. They provide breakdown cover, conduct maintenance work, programming and install new systems, the other four being ‘design & build’ specialists.

The company’s success resulted in a move to a much larger site in April 2018.  This has allowed them to build more expansive systems, as well as being able to accommodate associated production equipment, including injection moulding machines up to 150 tonnes.

We asked Peter what factors had contributed to the company’s expansion:

“We always look to provide our customers with the best solution for their particular needs and circumstances.  We often start with a site survey designed to identify how automation can provide the biggest improvements in efficiency and the best ROI.  Once they have seen the results of an initial project, they have the confidence to push ahead with a larger programme.”

“Our solutions are rarely ‘off the shelf’, we build the best solution for the job, without restriction on the type and brand of equipment we use.  For example, we work with a wide range of 6-axis robot manufacturers, including our own reconditioned units and free-issue robots supplied by our customers.”

We asked Peter about the company’s plans for the next six months:

“We are already looking at expansion of the new site, mainly to accommodate some larger projects we have in the ‘pipeline’, one of which may require the integration with two moulding machines.”

Finally, we asked Peter if the company had a philosophy or ‘mantra’:

His response was that they had at least two!

“Empowering growth with robotics” and “Robots don’t replace people; they work with them to help companies to grow.”

You can meet Peter and his team at this year’s Robotics and Automation Exhibition at the Ricoh Arena, taking place on the 29th and 30th October.

Look out for the next edition of ‘PlastikCity on Tour’ to learn more about our excellent UK based partners.