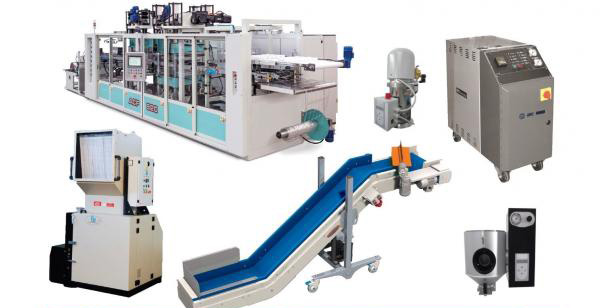 The 2017 running of Interplas will be the third that Renmar has exhibited at.

The first, back in 2011 was a joint venture with the ACS Group. The second in 2014 Renmar partnered with the AMUT Group to enable a larger stand and was important for Renmar who exhibited AEC mould heaters, a Virginio Nastri conveyor, Cumberland granulator, an AEC blender with hopper loader and machines from AMUT.

As Interplas only takes place every three years, it provides visitors with an opportunity to see how a proactive company like Renmar has been able to make major changes to its products and services. This year, all the changes made since 2014 will be on display.

On their Interplas stand this year will be two completely new AEC mould heater designs, a Virginio Nastri conveyor, a blender and granulator from EnginPlast, Renmar’s own dryer and loader, a display from Amut, a Swegon chiller, and a robot!

And it isn’t just new products that Renmar will be introducing, but also a new addition to the team, Steve Lane, who joined Renmar in April 2017. Steve will also be at the show looking forward to speaking to existing and potential customers.