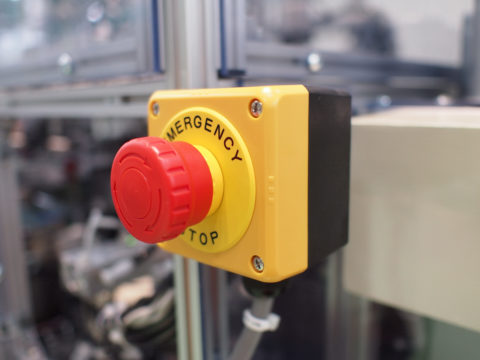 Aquapurge has designed its leading purging compound product to meet the most desperate of situations. Barrel Blitz Universal (BBU) is formulated to break down the most intractable of plastics processing problems and has been key to many of Aquapurge’s recent successes.

Colour changeovers, or the failure therein, can often be the trigger. In a recent case for an Aquapurge customer, essential white parts were simply unable to be injection moulded, following a very short run on the same machine using another colour. Customer engineering and management were initially called in to deal with the situation, after the emergency scrapping of 16,000 ‘white’ parts due to colour contamination. Despite all best efforts, the problem was not going away.

Many kilos of wasted polymer later, Aquapurge were called in. At this stage, 48 hours of production had already been lost.

With Aquapurge and BBU now on site, the barrel of the injection moulding machine and the hopper loader were cleared. The first five minutes of processing of 5kg of BBU showed up a lot of pink discolouration, together with black specks. This usually indicates a build-up of carbon on the screw and barrel of the machine. The second pass of 2kg of BBU succeeded in clearing all further carbon from the screw. The check-ring and end-cap were then checked, and the BBU processed white at the end of the run.

Within 40 minutes, normal moulding service had been restored. During this time, the approximate scrap was 960 parts and around 6kg of polymer, with the machine downtime being just 13 minutes.

Although the emergency exercise was a success, two days of production and 16,000 parts had still been lost. Aquapurge’s Commercial Director, Richard Brayne-Nicholls, commented:

“The best way to use Aquapurge – and BBU – is to engage with us before getting in expensive trouble. A regular programme of purging makes complete sense in every way – technical and financial.”