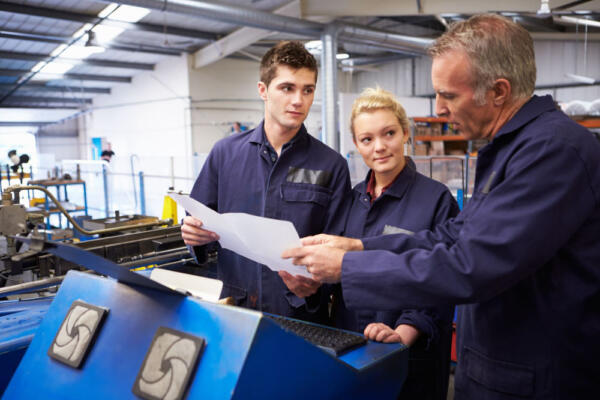 The British Plastics Federation (BPF) is asking for respondents to take part in their national Apprenticeship survey and has announced the deadline as Friday 31st January.

The survey’s aim is to help determine the number and type of apprentices working across the UK plastics industry and will be used to support the BPF in their work with government and as a guide in developing targets and goals.

The plastics industry suffers from a skills shortage, with 92% of plastic companies being concerned about the lack of skills supporting their business, according to a BPF survey in 2016. ‘Access to skilled staff’ was also identified as one of the plastic industry’s four main priorities in any new EU-UK relationship, according to BPF research.

BPF Director-General, Philip Law, stated: “Apprentices have a major role to play in the plastics industry. In fact, our research indicates about half of BPF member companies have a board member who started their career as an apprentice. Clearly, becoming an apprentice in the industry offers fantastic career opportunities even at an international level, and it’s vital that as an industry we have a strong apprenticeship offering.”

The survey, which is open to both BPF members and non-members, features nine short questions and takes a few minutes to complete. It is aimed at plastic companies spanning the supply chain, whether or not they currently take on apprentices.

The survey has been launched in the lead up to the UN’s International Day of Education, Friday 24 January, which celebrates education’s role in the development of a thriving society.

In support of this day, the BPF has outlined the various ways the industry can support skills and education through BPF projects, including the Polymer Ambassadors school scheme, about which more information can be found here: https://bpf.co.uk/article/international-day-of-education-at-the-bpf-1559.aspx