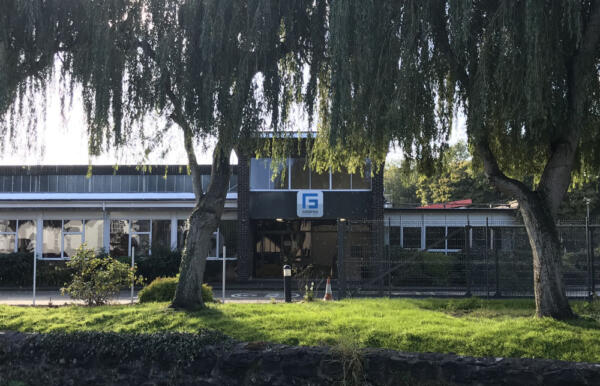 The Goodfish Group, with two existing manufacturing sites in Cannock and Worcester, recently expanded into Wales with the purchase of a 12-acre manufacturing site at St. Asaph. The acquisition saved the site from closure, preventing the loss of 47 jobs.

The Goodfish Group is a world-class manufacturing group, specialised in plastic injection moulding, extrusion and vacuum forming, and also offering printing, assembly, and toolmaking facilities. Goodfish is a trusted manufacturing partner of many Tier 1 automotive suppliers, medical equipment manufacturers and international OEMs. Following a period of growth, the group looked for a suitable site for expansion.

Many people in the manufacturing industry will be familiar with the 12-acre manufacturing site in St. Asaph, North Wales that started its life in 1964 as Egatube. Since that time, it became one of the most modern and progressive injection moulding and extrusion facilities in the UK.

At its peak, the electrical component manufacturer was a leading employer in the Denbighshire area, rising to 350 members of staff.  During the ’90s, relocation of manufacturing to LCCs resulted in a steady erosion in these numbers. In 2019, the present owner, Honeywell, decided to sell the site, or close it entirely and outsource all the remaining production. A closure would have been devastating to the local economy.

The recent acquisition by the Goodfish Group saved the site from closure, preventing the loss of 47 jobs.

The acquisition has enabled the site to retain its core manufacturing capabilities, with around 160,000 square feet dedicated to production and assembly work. An extensive on-site tooling facility manufactures extrusion dies and maintains and modifies injection moulding tools. 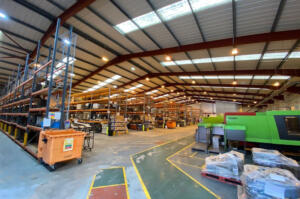 Twenty-nine injection moulding machines, with tonnages ranging between 35 and 400 tonnes, produce components in PVC and general-purpose material grades.  Some older equipment has already been replaced, with the recent installation of a 300 and 400 tonne Engel machine.  The retention of highly-skilled employees and use of lean manufacturing principles has allowed the continued automation of labour-intensive assembly and insert moulding operations.

The site boasts no fewer than 26 extrusion lines, predominantly producing PVC conduit and trunking in a range of sizes. An additional line has been recently ordered, dedicated to manufacturing ABS extrusions. 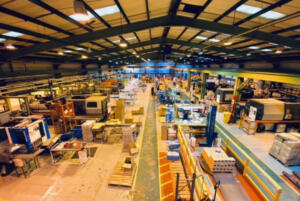 Gareth Jones, North West Site Leader, has been based at the St. Asaph facility since 1985. He commented:

“The Goodfish acquisition has protected our local and vital skills base and provides a platform from which the new operation can expand.  We have several exciting new projects in the pipeline, and our workforce has already increased by 18 staff.  We have also invested in three new Apprentices in the last two months, and are looking to add skills to our production processes; quite a bold thing to be doing in the current economic climate!”

The acquisition of this site gives the Goodfish Group the scope to become one of the UK’s leading plastic manufacturing companies. Goodfish have the capacity, space and investment capabilities to undertake new injection moulding and extrusion projects.