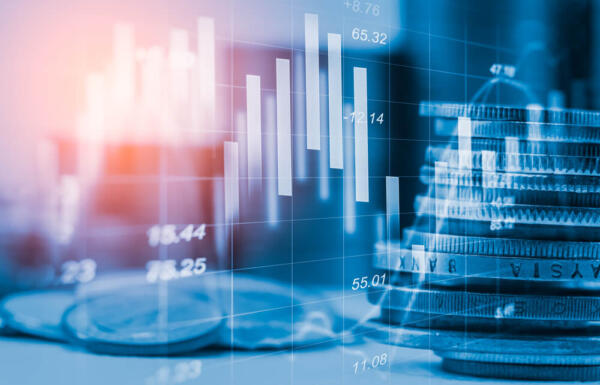 UK manufacturing is feeling the effects of structural shifts in world trade, business as usual not an option for exporters or policy makers.

Short-term business surveys are hailing the benefits of a recovering global economy, but new research from EEF, the manufacturers’ organisation, finds many export destinations are not as open to trade as they were before the financial crisis.

The research argues that it will take more than demand growth to sustainably turn around the UK’s net trade position, with the UK government needing to ensure a barrier-free access to the EU as part of any deal on Brexit and working to secure further liberalisation in partnership with the rest of the world. In addition, EEF is calling for UK government export support to be included in the industrial strategy white paper.

–  World trade volumes more than 20% below pre-crisis trend levels after nearly a decade. The UK is feeling it with average export growth in the post-crisis period around a quarter of that in the previous 12 years.
–  Industry has been at the sharp end of the structural shifts, particularly in emerging markets. For example:
–  one in six exporters to China has seen their trade affected by Chinese government intervention to support local businesses;
–  one in five exporters to Brazil have experienced a reduction in trade finance; and
–  a tenth of companies selling to the US experienced an increase in tariffs.
–  UK manufacturers are export intensive with a quarter of companies in our survey generating 50% or more of their turnover from overseas sales.
–  Firms don’t want to lose the advantages of low tariffs and efficient export procedures in our trade with the EU, cited by 47% and 42% of manufacturers respectively.

The survey conducted with UK exporters finds manufacturers have broad exposure to different export markets in order to secure growth and build business resilience. While companies pursue a whole range of market opportunities overseas, the EU remains of overwhelming importance for manufacturers with proximity to market and tariff-free trade regarded as top advantages.

Nevertheless, growth in exports has disappointed since the financial crisis, with volumes growing at an annual average rate of 1.3% per year, compared with growth of four times that (5.1%) in the decade leading up to the crash.

But, the UK is not alone. Trade volumes globally are more than 20% below their pre-crisis trend and have staged a much weaker recovery compared to past global downturns. International organisations, such as the OECD and the IMF, have attributed only some of this to sluggish demand. Factors such as protectionism, trade finance drying up and overseas governments intervening to support local businesses are also holding back the recovery of world trade flows.

EEF’s survey of manufacturing exporters bears this out. One in six and one in seven companies exporting to China and India respectively have seen a rise in local government intervention to support businesses. Manufacturers also report a rise in tariff levels, especially to the United States and Brazil where one in ten companies have seen an increase in the past three years. Companies exporting to these markets have also seen an increase in domestic preference requirements.

The availability of trade finance, once seen as the catalyst for trade activity, has declined significantly as a result of shocks to the international financial system. This has impacted on one in five manufacturers.

While the argument for such protectionist policies in the wake of the financial crisis may have been justified, their ongoing impact nearly a decade on and the potential for these to be further ramped up, raises questions about trade growth potential in the UK.

“Exports remain fundamental to the performance of UK industry and the economy overall. In recent years, however, the world economy has been transformed in the wake of the financial crisis. As a result, the pace of world trade was held back not just by weak demand but by an increase in protectionism leaving manufacturers facing increasingly complex hurdles in overseas markets.”

At the moment weaker sterling and strengthening global markets are sustaining a pick-up in export sales for UK manufactures. They are also benefiting from the frictionless access to EU and good growth dynamics in emerging markets.

If we are to see this sustained across the sector we need to pursue a Brexit outcome that keeps barriers to an absolute minimum. That alone won’t get global trade back on track, the UK will also need to engage with the rest of the world to unwind these protectionist measures. And in the meantime, look at whether support for exporters is right for today’s global trade environment. Manufacturers also need to keep their exporting strategies under review to make the most of the growth available in the rest of the world.

“Given our research points to challenges that will not simply dissipate with a stronger world economy, the message for both manufacturers and policy makers is that their response cannot be business as usual. Industrial strategy must create the competitive conditions for companies exporting from the UK. Delivering tariff-free access to trade with our biggest and nearest market and playing our part in delivering future trade liberalisation will be key to the UK’s future trading success.”

The survey covered 291 companies and was conducted in February 2017.