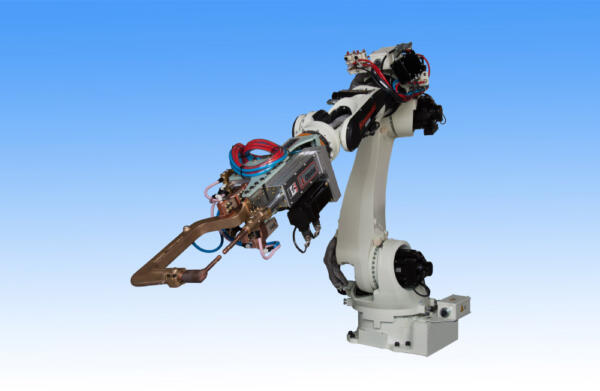 A nationwide shortage of trained welders in Japan led Kyushu Sekisui Heim, a company that manufactures thousands of modular homes, to implement Kawasaki Robots to automate its entire assembly and welding process.

Japanese manufacturer Kyushu Sekisui Heim claims to be one of the oldest established manufacturers of new homes using the ‘Unit Construction’ method in Japan, a process by which thousands of housing units of different designs and layouts are made using a modular system.

Initially driven by an acute nationwide shortage of suitably trained and qualified welders, the company turned to robots for the assembling and welding of structural beams and critical joints in its modular homes. These beams and their associated joints are found throughout the steel structure that forms the ‘skeleton’ (and therefore the strength) of the buildings, and Kawasaki Robotics was tasked to supply complete systems that would automate the entire assembly and welding process across all structures.

Kawasaki robots are installed in each of four different inline stations on the gable frame assembly line at Sekisui Heim: these steel structures form the core of each new building. In the first of the processes, a Kawasaki BX200L robot (with a reach of just under 2.6m, repeatable accuracy to within +/- 0.2mm and carrying capacity at full reach of 200kg) positions the beams and welds the individual joint and post pieces. As each of these is completed, they are fed into the next stage on the line where another Kawasaki robot, an MX420L, takes two posts at a time and positions them together with the floor and ceiling beams. The third stage in the process follows with a Kawasaki MX420L robot spot welding together all the joints that secure the vertical members to the horizontal ones. The welding unit on the robot is a special one capable of joining steel plates up to 10mm thick.

Following this, the four individual completed frameworks, one for each side of the house, are all joined together in the final stage to form a completed box structure. A further part of this final process also sees steel plates welded into position on the outside faces of the structure to form walls, with these functions also carried out by a Kawasaki MX420L robot. The completely automated production line from the initial beam positioning through assembly, welding, and final plate addition has its roots in the automotive manufacturing sector, where ‘cell type’ assembly areas with Kawasaki robots are much used. (It is widely known that the only robots used to manufacture Toyota cars worldwide are Kawasaki units, as any visitor to the Burnaston plant in Derbyshire will testify).

Reflecting on why Kawasaki Robotics became their chosen partner in the project, Kyushu Sekisui Heim Engineering Division Manager, Satoshi Kurahashi, notes that his employers desire to bring car-industry styled robotic assembly lines into a homebuilding plant was met with some scepticism by some of the other robot suppliers they also initially approached. “Kawasaki Robotics not only worked with us towards our declared goals, believing them to be entirely do-able, they also produced an active simulation for us too. This proved that we could indeed achieve exactly what we wanted to do. At the time, our plans were regarded by some as science fiction, but we believed in it and Kawasaki Robotics helped us prove that it could be done.”

Despite the significant size of the operation and number of robots required, Sekisui Heim estimates that the all-up investment required to install the complete, turnkey robotic building line will be fully recouped in just three years.

Commenting on this groundbreaking application, Ian Hensman of Kawasaki Robotics UK said: “Once again it was a combination of our collective engineering experience and an active robot simulation that helped our customer to prove the validity and performance of the plant they had in mind. To see Kyushu Sekisui Heim’s productivity leap when the new production line was commissioned, and to know that it is paying for itself in less than three years is rewarding for our entire global robotics team.”