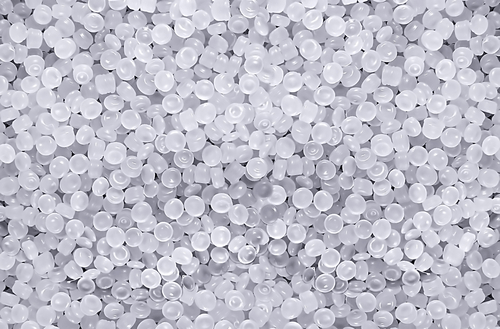 PE: Many European PE producers had to grant price reductions in June that were well in excess of the fall in the ethylene reference price. Only occasionally were they able to limit the cuts to the decline in costs. As a result, producers’ margins dropped for the second month in succession. The low-density film grades were particularly weak, and in many cases had to pay the price for the product surplus. Although business was stimulated by the lower prices, many buyers continued to hold back as they sensed the prospect of further reductions in July.

In that respect, they are not entirely wrong. The ethylene reference for July, which is the major yardstick for PE pricing, went down again – this time by even more than in the previous month, namely by EUR 50/t. Reductions of the same size are thus more or less on the cards. Producers are hoping for a trend turnaround before the end of the month, because, once sold, the material will cease to put any pressure on stocks, and at the same time, the recent lively influx of imports seems to be on the decline. Presumably, speculative buyers will quickly stock up with material as soon as they see prices close to bottoming out.

PP: June was a disappointing month for PP producers. All attempts to withhold some of the EUR 40/t advantage resulting from the lower propylene fixing failed. But worse than that, at the end of the month the rebates granted exceeded the fall in the reference contract price. Averaged over May and June, PP producers forfeited EUR 40/t in margins, due to an influx of imports that undermined the market price. This gave buyers a reason to wait until notations dropped.

Converters’ hopes of further price reductions should be fulfilled in July, as the C3 contract was fixed lower. PP will surely follow the downward trend. Demand dynamics will be enhanced by buyers who leverage falling prices for speculative purchases. The danger is that a minor run on material could lead notations to turn around and point upward over the course of the month.

PVC: While prices for the base material fell, reflecting the lower cost of C2 in June 2017, additives continued to drive up notations for ready-to-use materials. The tight supply situation for titanium dioxide and plasticisers prevented many processors from running production at full capacity. This has led to lost sales.

The supply situation for additives is not set to improve significantly in July either. A small measure of relief should, however, be provided by the holiday season and the associated fall in demand.

PS: Styrenic prices moved in different directions in June. PS and EPS tended to follow the increase in the cost of styrene, but generally not in full. ABS on the other hand experienced further price cuts because the rise in the cost of styrene did not have such a pronounced effect on the composite costs as the marked fall in the prices of butadiene (EUR 300/t) and ACN (EUR 50/t).

Demand for styrenics in June continued to be very lively. The building season combined with supply bottlenecks for PU insulation materials resulted in lively ordering of EPS, while European ABS producers benefited from the continuing low level of imports from Asia.

In July, styrenic prices are again expected to move in different directions. With the renewed rise in the cost of styrene (EUR 27.5/t), rates for PS and EPS will rise again, while, in the case of ABS, the latest crash in the price of butadiene (EUR 400/t) will play the key role and pull prices further down.
PET: The bright sunny weather on the continent, with some very hot temperatures in southern Europe, naturally drove up demand for PET bottle material in June 2017. Asian suppliers cut back their exports to Europe at the same time, which meant that the suppliers based here succeeded in keeping most of their cost savings (PX down EUR 45/t, MEG down EUR 10/t) for themselves. Slight reductions were only evident in isolated cases where prices were high, and this scarcely had any impact. Towards the middle of the month, recyclate showed clear firming tendencies. All in all, however, momentum within the chain as a whole tailed off towards the end of the month.

If the good weather continues, prices in July will most likely remain firm or increase somewhat. This is not guaranteed, however, since the impact of intermediate product costs and import activities from Asia still remains to be seen. Depending on how these influencing factors develop, prices could rise somewhat or even fall slightly.

Engineering Thermoplastics June 2017: June rollover repeats itself in July / Exception is PMMA that goes through the roof due to dramatic shortage of MMA / Subdued demand in the holiday period puts pressure on prices

With the exception of polycarbonate, which saw the first minor reductions for less specified grades, engineering thermoplastics stayed in rollover mode in June. Not even the small decline in the benzene notation was able to exert an effect. In contrast, the situation with PMMA remained dramatic, as prices kept stable only because of the ongoing quarterly contracts despite the drastic shortage of MMA. Demand was solid, especially from automotive and E&E, although on the whole business was a little quieter than in the previous month. Delivery times were considerably lengthened in some cases.

In July, the start of the new quarter is likely to see a split in producers’ policy for certain types: high-grade materials will in some cases become significantly more expensive, while standard types will become noticeably cheaper. The net result will probably be a rollover again. Looking ahead at the upcoming holiday season, things should calm down a little, with ordering from the automotive segment in particular gradually slowing down.

With PA 6, large quantities of cheap feedstocks from Asia have been sighted on the market. In the light of declining raw material costs, converters are also pushing for price cuts on compounds. Sister polymer PA 6.6 could be hit by a certain bottleneck in the availability of the cyclohexane component, although the exact repercussions are not yet obvious.

The jump in the price of PMMA originally expected at the beginning of Q2 was postponed to the beginning of the third quarter. There are reports of calls for massive increases of 20% and more, although there is not much room for debate about them being implemented. Everyone is hoping for on-spec material from the new plant in Saudi Arabia, but, as things stand, such products are unlikely to reach Europe before October.