The PlastikCity website turns 4 years old this month! To celebrate, we’ve taken a look at how far we’ve come since May 2013.

At the launch of the site, we had just five categories:

Our homepage and logo looked a little different then!

We sent our very first email newsletter on 25th May 2013.

June 2013 – First order for a partner through a PlastikCity lead
Tool-Temp secured an order for two temperature control units through an Ancillary Shop quote request.

June 2013 – PlastikCity’s first exhibition
Our MD, Carl Futcher, exhibited at PDM 2013 with our Business Development Manager, and they were thrilled with the initial response from the industry. 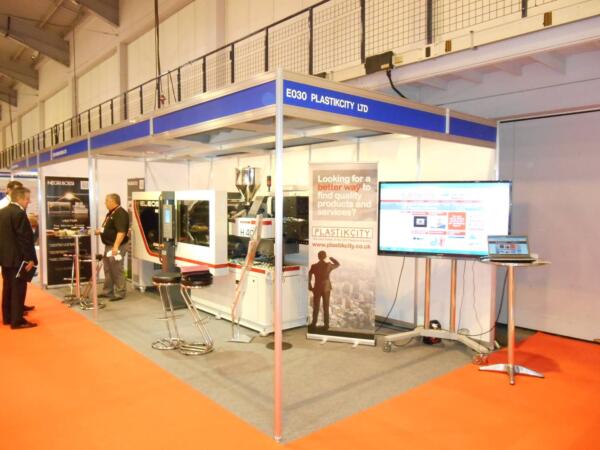 July 2013 – Home of UK Plastics created
We created our own LinkedIn group, Home of UK Plastics, for professionals in the UK plastics industry to meet, trade, and learn from each other. The membership has now grown to 750+. LinkedIn has been integral for the growth of PlastikCity, as it has given us a way to promote our business and network with other professionals in the industry.

January 2014 – Source a Moulder launched
We initially launched Source a Moulder with one category – Injection Moulding. Our first partners in this category were Tex Plastics, LVS Small Plastic Parts, and Chess Plastics.

March 2014 – Production Capacity launched
Following strong demand from the market we produced this new section to enable contract manufacturers to display their immediately available spare machine capacity. This is intended to help companies who have urgent production needs and at the same time make introductions to new customers.

June 2014 – New, responsive website launched at PDM
Our brand new, mobile-friendly site was ready just in time to demo at our second ever exhibition, PDM 2014. The new website had a modern, responsive layout, improved navigation, live plastics news, and our new ‘Source a Service’ category (now known as ‘Service Providers’).

PlastikCity Jobs had several vacancies listed straight away, with 13 applicants in the first 10 days!

September 2014 – PlastikCity’s first Interplas exhibition
Our exhibition stand was home to the most popular product at Interplas…the monitor mirrors – spot if your boss is coming up behind you! 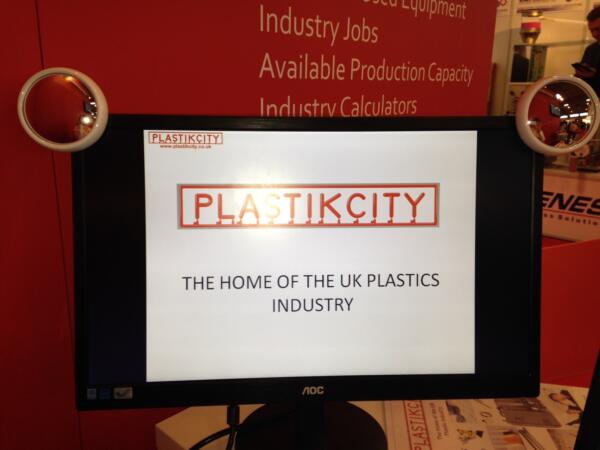 October 2014 – Finalist at the Plastics Industry Awards
The PlastikCity team were very proud to become a finalist at the prestigious PIAs for ‘Best Business Initiative of the Year’.

November 2014 – Source a Moulder expanded
We wanted to make all plastic manufacturing processes available on PlastikCity, so we added Extrusion, Blow Moulding, Rotational Moulding, and Vacuum Forming to Source a Moulder.

November 2014 – PlastikCity Blog launched
We wanted to produce a plastics industry blog that had interesting and sometimes controversial topics, with frequent input and guest blogs from the PlastikCity Partners.

January 2015 – Carl joined PlastikCity full-time
At the end of 2014, our MD Carl Futcher decided to give 100% of his time and commitment to PlastikCity, after 15 years managing Negri Bossi, and over 30 years in the plastics industry. This meant we could take PlastikCity to the next level in 2015.

January 2015 – Equipment Suppliers launched
We built Equipment Suppliers so that suppliers of auxiliary equipment could promote their company to the market. It also meant that PlastikCity covered every type of equipment, machinery and service required in the plastics industry.

March 2015 – Live Helpdesk chat facility went live
We wanted to provide full support for our users whenever they need it, so we added a chat facility to our site, meaning you can ask for help as you navigate the site.

August 2015 – Toolmaking ‘Super Section’ launched
Our toolmaking resource gives you access to the UK’s leading toolmakers, plus all related equipment and services, such as mould clamping, hot runners, and polishing services.

October 2015 – Upgraded supplier profiles
These upgrades allowed for more in-depth information on each supplier. In addition to our existing comparative quotes feature, we added a simple ‘Contact Us’ form & telephone numbers with each profile.

January 2016 – PlastikMedia officially launched
We have been providing marketing services to our partners even since PlastikCity began, but demand for this grew so much that we decided to formally separate the two sides of the business. This led to the launch of PlastikMedia, a digital marketing company focussed only on the UK plastics industry. Our plastics industry experience means we can provide marketing services with minimal input from your team. We know your processes, products and target markets and fully understand the technical terminology of your industry. Find out more about PlastikMedia.

April 2016 – Recycling ‘Super Section’ launched
Our plastic recycling resource gives you access to the UK’s leading recycled material suppliers and buyers, plus all related equipment and services, such as shredders, toll granulation, and blade sharpening services.

June 2016 – New PlastikCity website launched at PDM
After the website grew to over 800 pages, we were facing the challenge of keeping it simple to navigate. This led to the launch of the 4th generation PlastikCity site, which focussed on helping users to find what they’re looking for, quickly and easily. Improvements included a much simpler homepage with only four buttons, a site index, and making all page content full screen width.

February 2017 – PlastikMedia News launched
Due to growth of our Partner News and demand from our partners, we launched a dedicated plastics news channel on our sister website PlastikMedia. This features all the latest news from the UK plastics industry leaders, as well as fresh industry blogs and marketing blogs. We keep you updated with what’s going on in the UK plastics market through daily social media posts and weekly e-newsletters.

February 2017 – PlastikCity awarded #SBS award by Theo Paphitis
After our #SBS win back in March 2016, we were invited to attend the #SBS event for the first time and collect our certificate from Theo.

We now have over 150 partners! They are all quality UK suppliers, offering a range of equipment and services in the plastics industry.

To succeed in this everchanging market you must constantly innovate and stay on top of what the market wants. As such, we’re presently studying the building of a brand new e-commerce site which will allow our partners to promote their used and stock machinery, equipment and materials direct to the market. The plan will be for our partners to have their own login area where they can add, revise and remove products. Orders and enquiries will be managed direct on the site. By utilising our massive market reach this will be designed to give our partners a new shop front for their products.

We’re also currently in the process of updating several facilities on the PlastikCity site, including our reviews system, Production Capacity, and the New Technology Hall.

We’re very excited for the Interplas exhibition later this year. We have our own PlastikCity Pavilion at the show, which will accommodate 20 of our partners, each with their own 4m2 stand. This brings a range of new companies to the leading plastics show.