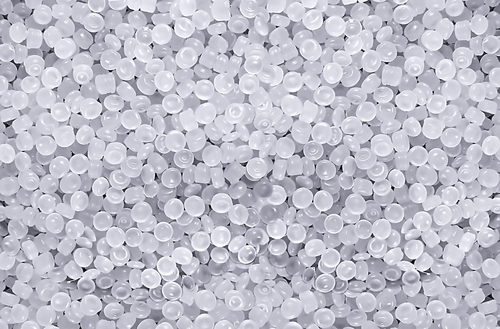 PE: To the disappointment of producers, European PE markets were too subdued in December, and most of them were unable to pass on the rise in the ethylene reference. Occasionally, however, they did manage to secure smaller increases. Product surpluses from autumn have more or less disappeared, but the majority of customers were well stocked, and therefore in a position to deploy delaying tactics. Consequently, producers often had to bury their ambitions of price hikes.

In the new year, sellers will step up their efforts to push through increases. With costs stagnating, they will do everything they can to recover lost margins. In January 2018, they could record their first small successes in many areas because product surpluses have declined significantly.

PP: The price surge for injection moulding material in December took many tactical buyers by surprise. Despite the higher propylene reference, many had bet on a further price decline or a rollover for the polymer. On the back of special sales by producers drawing down inventories in November, the market tightened and converters rushed to nail down supplies. The result was that at least part of the C3 increase could be passed on. Film grade remained stable, as imports lengthened the core west European supply.

As expected, buyers of compounds had to absorb most of the higher reference price. The reduced order volume reflected the holiday season. Demand was relatively lively, compared with earlier years, however.

In January 2018, moderate rises are to be expected. The propylene reference contract was fixed higher again, so that producers were not inclined to make any price concessions. As demand returns to normal, at least some of the higher cost will be factored into the price of both standard and compounded PP.

PVC: Despite many attempts, Europe’s PVC producers failed to price the increased ethylene reference cost into their product revenue. In isolated cases, the market leader and those slipstreaming it succeeded in pushing through slight increases, especially at the upper end of the range. Bigger quantities with crafty buyers, however, did not progress past a rollover in most cases. For rigid compounds, the titanium dioxide situation kept prices firm. With the price of plasticisers falling somewhat, soft compounds experienced slight losses. Pastes calmly sailed sideways.

Producers are setting out to recover their lost margins in January. The situation does not seem to be that much better than in December, however. It remains to be seen whether exports, especially to Turkey, are anything more than just a threat. Rigid compounds are an exception here again, especially those containing the white pigment. Titanium dioxide remains scarce and prices seem to be clearly rising once more.

Styrenics: Prices here broadly trended upwards in December 2017. In this, they followed the SM reference contract’s upturn in the last month of the year. Producers largely passed on the cost increase; suppliers even added a small premium on EPS packaging and ABS.

EPS supply remained as short as in the previous months, just as with ABS, for which demand was significantly higher than supply. For a short production month such as December, demand was particularly lively. This was, in part, because a lot of processors speculated on further price increases and tried to build up stocks.

Minor price mark-ups are set for January 2018. Despite lower costs, the SM reference contract went up by EUR 10/t.

PET: In December, the European PET market was divided in two in terms of both structure and time. While very small quantities initially caught up on price reductions of the previous month, average quantities at the lower end of the range were showing a slight upward movement again. The uptrend became even more pronounced in the course of the month. This was prompted by the firming PX notation, on the one hand, and increasingly thinning imports, on the other, which took off the pressure. Demand ran at a respectable level for a December.

No clear stimuli are in evidence to prompt any major movement in January. Looking ahead, a rollover could result.

As had been feared, engineering thermoplastic prices in Europe lifted off on a broad front in December despite the normally slack business at the end of the year. In many places, the heavy cost pressure was exacerbated by continuing bottlenecks. Many buyers had to venture into the remotest of areas in the search for affordable volumes. In fact, in a number of segments the term “affordable” has taken on a new meaning, as many customers were happy to get hold of any material at all. In the meantime, ABS prices rose significantly as a consequence of the increase in the SM reference. PP compounds also took on board the increase in propylene feedstock, but the rise was more moderate.

There is little prospect of relief in January. On the contrary, the wild ride could gather further momentum. In Asia, the strict Chinese environment policy is noticeable, and this will also have an impact on Europe. Polyamides are about to climb into much higher spheres, but all other materials and grades will not be lagging far behind. In all probability, processors and users of engineering thermoplastics will experience an unpleasant start to the year when it comes to buying. ABS, on the other hand, could well calm down, but PP compounds are expected to face moderate increases.