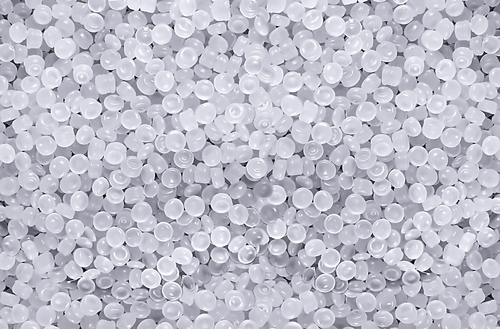 PE: The ethylene reference price proved to be the main benchmark for many PE grades on the European market in July. Sometimes it was a bit more, sometimes a bit less, but the majority of price cuts hovered around the EUR 50/t mark. One radical exception was the group of LLDPE (C4) injection moulding grades, where a number of market bottlenecks even resulted in moderate increases. Overall, however, supply tended to thin out as producers gained an ever-stronger grip on the control of volumes. At the same time, business was quite lively because a large number of buyers suspected that prices would bottom out soon and so decided to top up their stocks as much as possible.

And in this respect, they were not entirely wrong. The decline in costs has been brought to a halt by a rollover of the ethylene reference, the supply situation is tending tighter and demand is looking very strong for this time of year. All this means that prices of many grades could conceivably rise again slightly in August.

PP: In July, European PP prices largely followed the propylene reference contract, as there were few impulses from either the supply or demand side. As many buyers sensed that prices had bottomed out and thus reached for their order books, producers could at least stop the erosion of their margins.

Compounds, too, followed the reference guidelines. One important compounder is trying to adapt to the structural changes established last year by the leading player. But these corrections towards a higher price level are negotiated individually and do not influence the market generally, and so are not reflected in the price table.

The propylene reference contract for August rolled over from July. As this year is seeing a classic summer lull, the market is relatively quiet and looks likely to stay that way for now.

PVC: In July 2017, Europe’s PVC suppliers passed on roughly half the cost savings achieved on ethylene for PVC base grades. The reductions were slightly lower for ready-to-use compounds due to the continual tight supplies of titanium dioxide and plasticisers, but signs of easing were evident in both cases. PVC paste suppliers exploited the slight hints of a shortage to get minimal improvements in their margins.

A stable sideways movement of notations is thus the most likely scenario.

PS: The previous month’s styrenics trends were continuing in July. PS and EPS could muster some modest price increases following an uptrending SM, while ABS notations trended further down following the latest butadiene crash of EUR 400/t. ABS suppliers still managed to improve their margins by transferring only part of the composite cost decrease to processors.

The availability of styrenics was partly limited; additional EPS and ABS orders often had to be postponed to the next month. This trend might persist in August.

For the current month, slight reductions are expected for all styrenics after the SM reference contract went down by EUR 30/t in August. For ABS, the cost of butadiene also fell by EUR 75/t.

PET: The tightening situation on the market allowed European PET producers to increase their prices in July 2017, despite declining raw material costs. This resulted in noticeable margin increases. Free volumes were rare at the start of the month, and import activity had considerably tailed off in the wake of clear price rises in the Far East’s domestic markets. Demand rose on a daily basis, spurred on by the hot weather that prevailed over large areas of Europe. Volumes became increasingly scarce in the second half of the month.

This similarly affected recyclate suppliers who, as in previous months, were able to push through a slight increase in their profits again in July.

While latent upwards pressure is still prevailing in August, a number of factors are also tugging in the opposite direction. Supply levels could rise relatively rapidly again, not least through imports emerging on the horizon. At the same time, demand should also subside somewhat. Rollovers would not be surprising. Further increases are conceivable too.

Engineering Thermoplastics July 2017: Declining demand removes much of the pressure from possible price hikes / Rollovers dominate the picture / PMMA shoots up and is the exception / Summer lull will hit home in August

In July, the substantial seasonal decline in demand took a great deal of the load off from the long-prevailing upward price pressure with engineering thermoplastics in Europe. The majority of them rolled over. One notable exception was PMMA, where the still extreme bottlenecks in monomer production have now resulted in significant increases. Notations for the commodity-related ABS (see PIEWeb of 03.08.2017) and PP compound (see PIEWeb of 03.08.2017) materials declined, following closely on the heels of their respective feedstocks. With ABS, the hefty fall in the price of butadiene made itself particularly felt.

Producers attempted to adjust supply to the summer demand, yet availability still tended to improve in many segments. One reason for this was that, apart from southern Europe, school holidays started in July, and in contrast to previous years, car production in particular shifted quickly and extensively into holiday mode. It seems then that the summer lull this year will be more pronounced.

As a result, rollovers are also likely to dominate the month of August. With PA 6 and POM, there could even be price cuts. PA 6.6 is having difficulty getting to grips with the combination of cost rises, very weak demand and the price pressure with its sister product PA 6. In the case of PBT, too, it will be difficult for producers to adequately factor in the increased BDO costs. PMMA, on the other hand, which is certainly in a unique situation, will presumably rise again significantly.