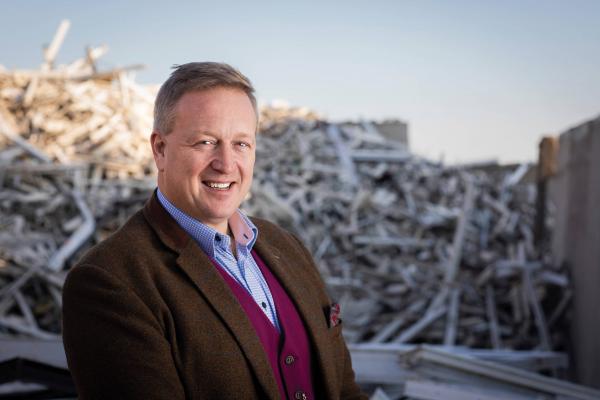 VEKA Recycling Managing Director Simon Scholes contemplates if the accelerated uptake of recycled PVC-U pellets is down to ongoing resin shortages rather than a commitment to sustainability.

I am enjoying being at the helm of what is currently the UK’s most advanced specialist PVC-U recycling facility. As such, I am in the rarefied company of perhaps half a dozen others; when I was a boy, I did not dream of such a career. However, when I came into this specialised area of recycling around 15 years ago, essentially as a sales rep, I quickly understood the significance of recycling PVC-U; of the impact that my employer VEKA Group had had even all those years ago on the concept of recycling rigid plastics; and of the crucial role that recycling plastics would have in the future. I got it, became passionate about it, and have campaigned for the uptake of recycled PVC-U in areas that appear to remain unconvinced. One of which is, ironically, the UK PVC-U window and door framing industry.

Yes, you read that correctly: whilst VEKA Umwelttechnik GmbH opened the first PVC-U window and door frame recycling plant in 1993, the UK PVC-U window and door sector has, at least until the past few months, continued to show reticence in adopting recycled pellet – old windows in fact – into new window profiles. Other industries have committed, are keen to be green and have become enthusiastic customers.

I should qualify this: things have moved on and a number of PVC-U window and door profile extruders do include recyclate in their products. But others have remained obstinately ‘virgin,’ driven by either a perceived lack of demand and actually, according to anecdotal evidence, resistance from some fabricators, the companies that turn extrusions into windows and doors: ‘people don’t want second-hand material in their new windows’ apparently.

Clearly, this is balderdash and, actually, counterintuitive. It is also an attitude that has palpably improved. But until recently, it still existed and given a choice, I suspect that many would choose virgin material once the issues causing resin shortages have been resolved. So although many extruders are now using recyclate in their mass-market profiles, they have begun to do so as a result of resin shortages, rather than because of any acceptance that sustainability will actually drive sales, even though it has proved to be successful in so many other markets.

How do I feel about that? I continue to feel passionately that true sustainability in plastics-based materials is good for the planet and for the broader plastics industry too. Against the somewhat cliched (though no less alarming) backdrop of plastics strewn over beaches and floating in the world’s oceans, to be able to demonstrate that many plastics make a huge and positive contribution to our lives whilst also being eminently sustainable, is good for all of us. 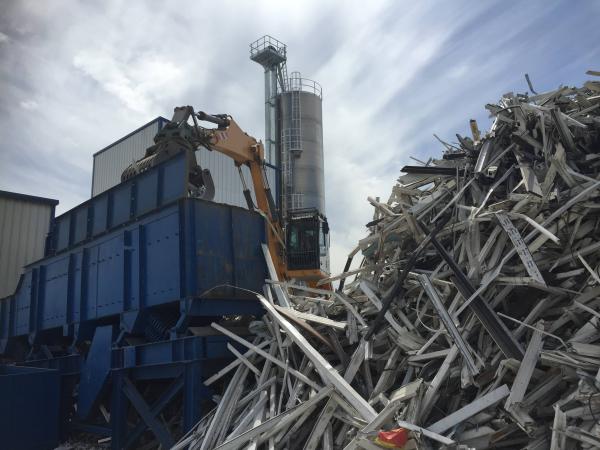 In the UK PVC-U window and door market, we need to improve on the already impressive recycling of an estimated 80% of old frames being recycled. And forced by the resin shortages, most of the extruders are including recyclate in the new profiles being distributed to make brand new windows. We have taken a significant step closer to that Nirvana in which old frames removed from a building may immediately be recycled to become the new frames they are being replaced with.

Whilst this may be driven more by the shortages than conscience or even marketing perspicacity, I am delighted that it is living proof of the sermon that I and others like me have been preaching for decades: that recycled PVC-U material is every gram as good as virgin material. And even more so because its environmental credentials are, by comparison, unimpeachable. It just makes sense.

My hope, belief even, is that the companies that have adapted their products to be produced entirely or partially to include recyclate due to materials shortages, including window and door profiles, will continue to do so even after (if?) the supply of virgin polymer regains its equilibrium. Whilst I will be disappointed that this status quo was not achieved as a result of my sermonising; nonetheless, we will have achieved momentum towards a brighter future when we intuitively reuse plastics in the same way that aluminium is put back into the system.

We are taking another step closer to recycled content being normal, not a novelty. That’s an end result we should all be very happy with.