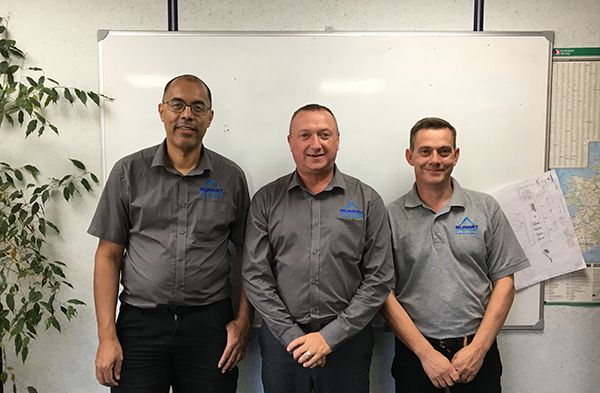 Summit Systems has undergone a restructure, recruitment drive and seen staff return to the business as it concludes a busy first half of 2018.

The Tamworth-based ancillary equipment provider says that along with its newly-launched website, which highlights the restructure of its technical divisions and competencies, it has recruited four new staff members and welcomed one returner.

Wade Grindley, an electronics and control specialist, joined earlier this year, and the company says he brings “a vital skill to the integration and connectivity aspect of the engineering team”.

Grindley comes with a vast experience in technology integration and control systems, which Summit says is an important part of its continued development and in-house capabilities.

Technical Manager, Neil Watton, joined the business in late March after many years working in the plastics materials automation sector. His previous positions include field service and Technical Project Engineer with Motan Colortronic and Technical Manager at Piovan.  He was later followed by Service Engineers Daniel Jeffries and Lee Griffiths.

John Sinar, who first started his career in the plastics industry with Summit Systems, has now returned following a break of sixteen years.

Sinar, who has worked at Motan Colortronic for two years, then Piovan for six years and TH Plastics for four, will use the knowledge acquired from his time away from the business in his new role as Technical Lead Engineer.

He will support the technical department with new installations and project management on site with the customer, as well as responding to the breakdowns and service requirements that Summit offers 24/7 across the country.

“John has returned with enhanced skills and he’s hit the ground running here at Summit,” explained Mike Jordan, Summit’s Managing Director. “He’s going to be reporting to Neil Watton, someone he previously alongside for six years at other companies – so there’s already a good connection there.

“The other new starters have invaluable mechanical and electrical backgrounds gained working for companies including Vauxhall and Toyota, so we’ve got some skilled individuals on our team.”

The company says that the first half of the year has seen it build upon the successful launch in 2017 of its Summit Chilled brand, through which it offers temperature control equipment from Frigel.

In addition, the company has introduced a new, advanced technology to the business that enables machine connectivity in keeping with the Industry 4.0 and smart factory concepts, not the obvious but a system that includes any manufacturing brand wirelessly with one router with a range of 3km and 1000 devices, that is why we are different!

“This is something completely new to the business, but something that we can offer as part of our portfolio that will help our customers become more efficient in the ways that they run their operations, not only in terms of production, but also processes,” Jordan continued. “Networked operations and communications is becoming increasingly important in the plastics industry and the product we’re offering combines both these aspects with affordability.”