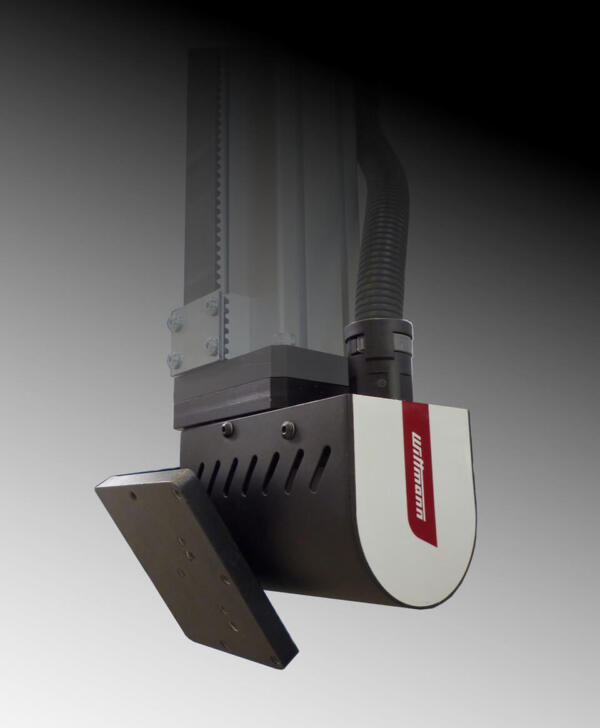 The core of Wittmann’s compact range of robots typically covers injection moulding clamping forces from 150–400T. This range is covered by the type series that ranges from the W821 to the W831 model. These robots enable payloads from 10 to 15 kg, and from now on, new servo rotational axes are available for them.

When moulding technical plastic parts with longer mould cooling times, injection moulding automation systems – after having demoulded the parts – can take advantage of any additional cycle times in order to execute downstream automation handling. In order to give the operator maximum flexibility for these additional tasks, the Wittmann Group has completely overworked the servo rotational axes for the W821 to W831 series.

The standard models consist of three linear servo axes and a pneumatic swivel axis. The vertical axis realises a stroke of 1,400 mm with a maximum payload of 12 kg. In case, an additional servo rotational C-axis should be needed – maybe for the orientation of the parts gripper towards the part, using any angle – the maximum payload is nearly unchanged. Now that a servo rotational B-axis is added (rotating the gripper around the vertical axis) the payload is lowered slightly to 10 kg.

Using these different combinations of axes – either a servo B-C-axis, or a servo B-axis combined with a pneumatic C-axis – any horizontal orientation of the parts can now be achieved. If necessary, these movements can be used in combination with additional palletising actions. Using a servo B-axis also offers the operator further additional functionality; making it possible to determine from what mould half the parts should be removed – either from the moving half, or from the fixed half.

A special and unique feature that Wittmann robots also offer is the unchanged movement profile of the axes (acceleration/deceleration), thus enabling a constant cycle time that is independent from the robots‘ configuration. The movement patterns of other manufacturers‘ devices have to be adjusted in order to accommodate supplementary equipment. Thus, the achievable accelerations and decelerations are typically reduced. This is not the case with Wittmann robots. For Wittmann robots, the achievable cycle time is constant within a series. For the customer, this means that he gets an absolutely exact calculation of the costs per moulded piece.

In addition to the servo rotational options, the robots of the series W821 to W831 can now handle a de-moulding stroke of up to 800 mm. The horizontal axis is available up to a length of 6,000 mm. Many more options are also available, for example: additional I/O-function, additional vacuum circuits and gripper circuits, RFID recognition for grippers, and so forth.

Meanwhile, Wittmann Battenfeld UK’s new Primus 16 continues to attract high interest in the trade moulding community. The robots are primarily intended for use on machines with clamping forces of 20 to 200 tonnes locking force.

Further advances in Wittmann automation are expected to be unveiled this autumn – at Interplas 2017 in Birmingham and at Fakuma 2017 in Southern Germany.

Contact Wittmann Battenfeld UK for full details of the new servo axes options, the Primus 16 and all other robots.