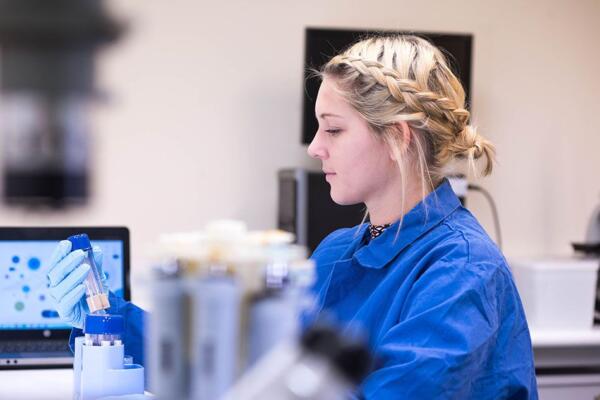 Boddingtons has been selected as a finalist for the Plastics Industry Awards for its design work with diagnostics company Cytosystems, on a medical device set to transform bladder cancer diagnosis.

Boddingtons played a key role in bringing Cytosystems life-saving medical device to market – ensuring that the potential of the new design was successfully realised in all manufacturing matters.

The full manufacturing skill set of Boddingtons was utilised in putting the various device components together – technical moulding, welding, assembly, and deployment of medical needles were all been factored into production.

The Cytosystems device is titled BladderLight™ and is currently being piloted and trialled within the NHS. Its eventual marketing scope is worldwide. The device functions as a point-of-care collection device for fast and fail-safe testing and screening of bladder cancer cells. Modestly sized and eminently portable the device is a relatively complex construction involving many mouldings, sharps (needles) and vacuum-based technology.

Boddingtons took the original product ideas and designs and honed them working with an industrial designer – via CAD work and various testing systems – to enable the first prototype tooling for initial clinical trials. A total of 38 parts for BladderLight™ needed to be assembled at Boddingtons. The assembly was complex, and it included needle handling for which Health and Safety training and provision needed to be provided.

As well as its design-for-manufacturing services, Boddingtons also designated certain BladderLight™ moulding areas within its Class 7 cleanroom environment. Boddingtons also created dedicated assembly workstations involving welding, automated glueing, a UV curing process and leak detection. The design and operation of the automated glueing station were particularly critical; in order to allow precise dosing in the assembly process and to ensure against the prospect of adhesives running into the precise and delicate flow path channels.

Parts of the BladderLight™ device use a specific volume of vacuum in operation. This vacuum is essential to the device’s functionality and limits the damage of cells for analysis. Specific testing to each needle vacuum, therefore, needed to be established, controlled and measured at Boddingtons to make sure that every BladderLight™ product was fully sealed, enabling the correct pull of fluid.

Polymers such as PP, HDPE and TPE’s – all medical grade materials – were developed and tested by Boddingtons in the production of BladderLight™ and the chosen polymer grades are now critical to the device’s future.

Boddingtons created a total of twelve injection moulding tools for BladderLight™; some of these with more than a single cavity, resulting in nearly twenty moulded parts needed for BladderLight™. Chris Philpott, Business Development Manager, Boddingtons says that “We are delighted to be once more be selected as a PIA finalist for our Industrial Design work. In all modesty, we doubt whether any other manufacturer could have carried our client over the finish line without the need for third-party involvement.”

Chris adds that “the BladderLight™ is truly a good news story – for healthcare and the benefits of plastics technology. We now have a new way of accelerating the detection of bladder cancer; thus pre-empting many deaths and also saving many millions of pounds in costly treatment further down the line.”