The ENGEL Group saw out the 2018/19 fiscal year, which closed at the end of March, with a turnover of €1.6 billion. The injection moulding machine manufacturer and systems solutions provider headquartered in Schwertberg, Austria, once again raised its sales, achieving a 6% increase over the previous year.

“Asia and the German-speaking countries in Europe have been the primary factors behind our new sales growth,” reports Dr. Christoph Steger, CSO of the ENGEL Group, at the Chinaplas plastics industry trade fair in Guangzhou, China.

Throughout the fiscal year just passed, ENGEL generated 54% of its turnover in Europe, while Asia accounted for 21% and the Americas for 24%. Christoph Steger believes that ENGEL has managed to maintain its leading global position in injection moulding machines and integrated systems solutions as a result of its strong international presence, powerful ability to innovate, and consistent focus on quality and customer service. “Custom-built systems solutions, provided by ENGEL as a one-stop global supplier, have once again grown as a share of our incoming orders. As well as our expertise in automation, investment decision-makers are focusing more and more on ENGEL’s leading role in digitalisation and the networking of injection moulding processes.”

Despite robust growth rates characterising the first half of the 2018/19 fiscal year, ENGEL has noticed a worldwide decline in production since last summer in the automotive industry, its most important target sector. It is difficult to gauge the impacts of punitive tariffs and sanctions, Brexit, and the debate around regulatory limits and bans on diesel, which has resulted globally in feelings of uncertainty and a reluctance to buy. In China, the world’s largest market for cars, the automotive industry has accounted for a significant share of the decrease in economic growth since autumn 2018, according to Gero Willmeroth, president for East Asia and Oceania at ENGEL. “Overall, we’re expecting a sideways movement for Asia for the current fiscal year.”

It is no easy task to estimate how quickly the motor industry will recover and how much the decline in car sales will ultimately affect the plastics industry, especially as the sector also includes some important drivers of growth such as electric mobility. Particularly in Asia, the market share held by electric vehicles is continuing to increase substantially, which is helping to encourage innovation in this area. ENGEL, which has its own Center for Lightweight Composite Technologies, is a preferred partner and supplier to car manufacturers all over the world in the field of lightweight construction, including in China where the company is benefiting strongly from this reputation. “We have a growing number of organomelt projects with Chinese firms,” Willmeroth says. The ENGEL organomelt process makes it possible to form fibre-reinforced, semi-finished products with a thermoplastic matrix in an integrated and fully automated process, as well as functionalising these products through injection moulding. Demand for the process has been growing heavily since large-scale application began last year thanks not only to its high processing efficiency, but also, and in particular, the consistent thermoplastic approach. This makes it easier to later recycle the composite components, helping to promote a circular economy.

Alongside composite technologies, one of the key solutions in the pursuit of lower vehicle weights in Asia is to replace glass with polymeric materials; for instance, in glazing. There is also growth in the lighting sector, in which liquid silicone rubber (LSR) is increasingly being used as a lens material. At its Chinaplas booth, ENGEL is putting on a clear demonstration of the considerable potential in this application area, manufacturing LED headlight lenses from LSR in an automated process that requires no reworking.

Among trends in Asia, another encouraging development is the burgeoning demand in Vietnam. “As a result of the automotive industry establishing itself there, there are more and more suppliers – including from Korea – setting up company premises in the vicinity of car manufacturers,” says Willmeroth.

In Asia, ENGEL is expecting further impetus for growth for the current fiscal year in the medical, packaging, telecommunications and electronics markets. In the latter two areas, known jointly as teletronics at ENGEL, this growth is expected to stem from both camera lenses and LSR processing for smartphone seals. The all-electric and tie-bar-less e-motion TL injection moulding machines were developed by ENGEL for this exact market segment and have had great success establishing themselves in the teletronics industry in Asia.

ENGEL was able to acquire a series of new customers in the medical and packaging sectors during the fiscal year just passed. “The introduction of the business unit structure in Asia is now well and truly bearing fruit,” says Willmeroth. “As a result, we’ve been able to build up our specialist knowledge on the local level here in Asia, which further strengthens our customers’ trust in ENGEL, especially in industries with highly specific needs and extremely rigorous standards.”

The new global sales structure is also enhancing ENGEL’s effectiveness in the individual regions. Last autumn, ENGEL grouped its 30 subsidiaries and more than 60 representative offices in seven regions around the world and appointed regional presidents, including Gero Willmeroth as the president for East Asia and Oceania. “We’ve sped up decision-making processes thanks to this new structure,” Steger emphasises. “The regional presidents take full responsibility for sales in their region and act as the local contacts for the subsidiaries and representative offices, which prevents delays caused by time differences. In addition, their close geographic and cultural proximity often makes it easier to work in partnership.”

Adam Zhang is Gero Willmeroth’s successor as Sales and Service President at ENGEL Machinery Shanghai. Zhang has worked for ENGEL in China since 2004, playing a crucial role in developing the large-scale machine plant in Shanghai and the company’s sales structure in northern and western China. He has now assumed responsibility for all ENGEL’s sales and service activities throughout China.

ENGEL has almost completed its 2020 investment programme, the largest effort of its kind since the company was founded in 1945, a fact that Christoph Steger shared on the eve of Chinaplas. Capacity has been increased at almost all production sites, while machinery has been upgraded. All in all, ENGEL has invested more than €375 million in its plants around the globe.

The expansion of its headquarters in Schwertberg was recently completed. This involved scaling up the assembly area, adding a new customer centre with a modernised training set-up and building an even larger technology centre. “By making this investment in our customer technology facilities, we are further strengthening our competitiveness,” Steger explains. “Our customers’ need for consulting services is increasing due to new expectations, especially in the context of the digital revolution. We now have greater capacity for customer trials and joint development efforts.” The large-scale machine plant in St. Valentin, Austria, will also be home to a new, larger technology centre. Construction work at the plant will be completed next year.

Shanghai was one of the first construction projects within the 2020 programme. The new building was inaugurated within a punctual time-frame on the plant’s tenth anniversary in autumn 2017.

6,900 employees around the world

As of the start of the new fiscal year, the ENGEL Group employs 960 people in Asia, including 729 in China. There are currently 6,900 staff working at the ENGEL Group’s plants and subsidiaries worldwide, 3,900 of whom are employed at the three Austrian plants. 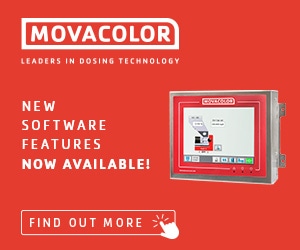