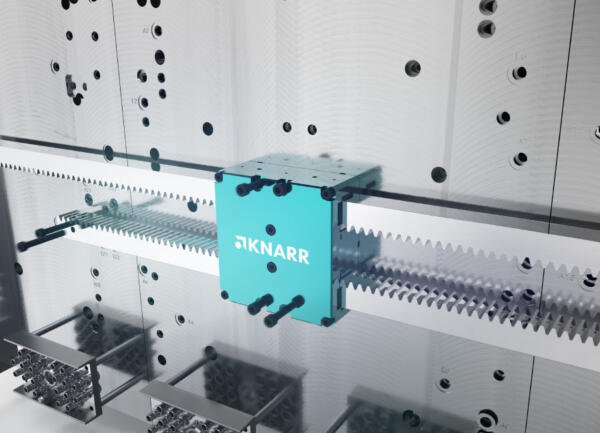 Is it possible to double output volume using the same tool and machine size, with significantly lower unit costs? Discover why some injection moulders rely on stack moulds, especially for flatter plastic parts.

Double the output volume while using the same tool and machine size and with reasonable investments and significantly lower unit costs? To ensure that this idea does not remain an illusion, some injection moulders rely on stack moulds, especially for flatter plastic parts.

In contrast to classic injection moulds, two or more parting lines are parallel one behind the other. This arrangement is one of the most important arguments for stack moulds: an optimal utilisation of the closing force of the machine is achieved.

In the classic design, a stack mould consists of a central middle part and two ejector sides. KNARR now offers two different drive mechanisms for synchronous lifting movements on both sides. Both alternatives can be flexibly adapted to the desired length according to your requirements.

The classic rack gear that can be quickly and easily mounted on the tool as it delivered as a pre-assembled unit. Depending on the mould size, two or four of these drives are installed on the tool. A closed housing offers additional stability. The well-known, but optimised design offers more than 30% space savings compared to similar drives. 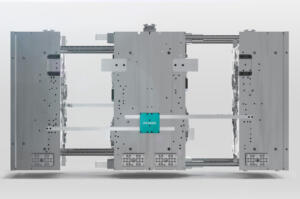 The innovative solution when it comes to stack moulds. A special spindle geometry enables significantly higher load transfers. At the same time, minimum space is required on the tool due to an even more compact design. The use of handling robots or an additional injection unit is therefore not a problem. Thus, the spiral gear is not only a worthwhile option for high-speed moulds. 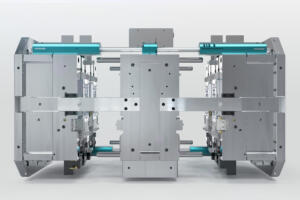 KNARR is represented in the UK and Ireland by Gunther UK Limited. To find out more about KNARR’s full range of mould accessories, visit the Gunther website.