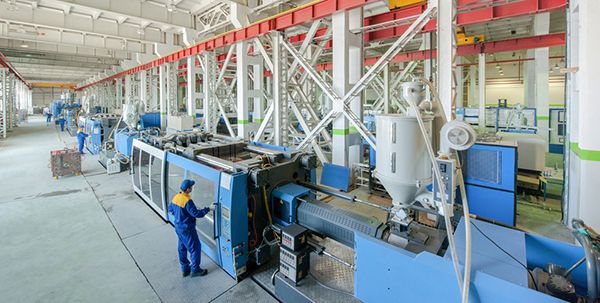 The output for Britain’s manufacturers remains stable and is sitting higher than the long-term average. But for the second quarter in a row, the gap between orders and output continues to hint that stockpiling activities are driving part of the output production, according to a survey by Make UK the manufacturers’ organisation and business advisory firm BDO LLP.

For the second quarter in a row, output balances were much higher than orders hinting that at least part of the production is related to stockpiling activities rather than actual demand coming from customers.

Despite a steady start to the year, expectations for the next quarter are weaker. Order and output balances for the next three months are forecast to fall to 13% and 17% respectively, with uncertainty around Brexit a prominent factor.

For the first time since 2016, the balance of domestic orders is stronger than exports. Exports have been unable to pick-up since the very sharp drop in the previous quarter which resulted in a disappointing end to 2018 for the sector. The export balance has been hindered by a slowdown in import appetite from Asia.

Europe continues to be the top market opportunity for manufacturers but, for the first time since 2016, the balance for demand coming from Europe is lower than 50%. This drop is tied to Brexit uncertainty with companies scared that goods may be stuck at ports and also a more general economic slowdown happening in the entire of Europe (UK included).

Compared to last quarter, employment and investment balances show some signs of pick-up, however employment balances are significantly higher than investment, indicating that manufacturers may be opting to hire a flexible workforce in the short term rather than make long-term investments in a period of uncertainty.

“While it is good news that output remains stable, it is no surprise that all the economic forecasts indicate that this will not last. Manufacturing needs certainty over Brexit to boost orders and exports and to protect the jobs of nearly three million people working in the manufacturing sector across the UK.

“Investment cannot recover while uncertainty continues to rule our political landscape.  UK manufacturing needs a deal and time is running out. It has been just under six weeks since the Withdrawal Agreement put forward by the Prime Minister was soundly rejected by the UK Parliament, yet we are still hanging in limbo with no agreement amongst politicians about our future direction. This has to stop and it has to stop now.”

Commenting on the downward trend in exports, Tom Lawton, head of manufacturing at BDO, adds:

“Given that a large part of the trading rationale for Brexit is the ability for the UK to increase trade with other countries, the continued downward trend in exports this quarter indicates how hard this could be in practice.

“Although it is positive that domestic orders have held up reasonably well, it has to be remembered that the UK is a small market compared to the rest of the world. It has primarily been demand from Europe and the US that has helped sustain UK manufacturing growth over the last few years. Without exports, manufacturing and the UK economy will shrink.

“The deterioration in export balances combined with the ongoing uncertainty and absence of political leadership in the UK is proving to be a real drag on growth.”

The latest forecast, based on soft Brexit, would see the UK economy expanding by 1.1% and 1.7% in 2020. But for manufacturing, we are predicting a 0.3% contraction this year with a bounce back of 1.4% in 2020. However, business investment after a bad 2018 won’t be able to recover until 2020 even if Brexit situation is solved quickly.