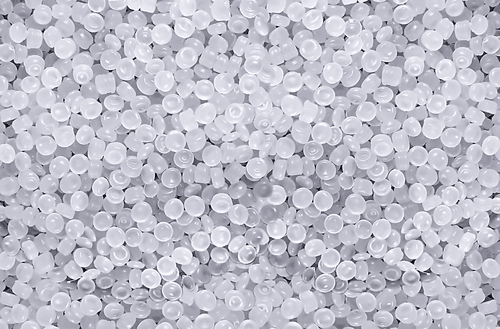 PE: In September, European PE producers often managed to push through larger increases than would have been indicated by the rise in the ethylene reference price. In the first week, Hurricane “Harvey” blew the US markets around so that some production volumes from the globally operating groups ­­– especially in the plastics films segment – were sucked in and swallowed up by the maelstrom there. After all, delivery commitments to global players had to be met. Producers responded quickly, but insisted on higher price increases. The situation was compounded by delivery delays due to the closure of the Rhine Valley railway line in southern Germany. Apart from a few areas in injection moulding and blow moulding, the net outcome was a margin increase for many producers.

In October, the trends of the previous months will probably continue, at least in the first two weeks. In many cases, the price rises are again expected to be above the renewed cost increase resulting from the ethylene reference. The upward pressure appears to be particularly strong in the higher-grade pipe sector due to the buzzing demand.

PP: European PP producers would have liked to have raised their prices by considerably more than the EUR 40/t increase in the propylene reference contract that resulted in September 2017. They only managed to do so, however, in cases where prices were at a particularly low level. Producers generally achieved moderate gains, while faring somewhat better with copolymers that were tending short. Buyers exercised too much restraint for any more, feeling that prices were running high. With compounds, by contrast, structural level-adjustments at one of the major suppliers prompted a slight upward movement.

In October, prices are set to follow the propylene reference contract once more, which has undergone a moderate rise again. The slight bottlenecks in September are being resolved and buyers are no longer necessarily under pressure to act.

PVC: A number of big suppliers with high-flying expectations of hikes to increase their margins saw their hopes grounded by the realities of the market in September. The feared pull for exports to North America in the wake of Hurricane “Harvey” failed to materialise. For the S-PVC base grades, just half the amount of the increase in the ethylene reference contract was passed on in most cases.

For unplasticised rigid PVC, by contrast, hikes in additives such as titanium dioxide and modifiers caused disproportionate increases in ready mixed materials compared to matrix material. In contrast, an initial alleviation of what had previously been high plasticiser prices had the opposite effect for flexible compounds, curtailing the rises here. Paste grades rose with the upward movement in costs.

Demand in October is generally characterised by the first signs that the end of the year is approaching. There are no essential supply restrictions in sight. Any increases will probably only involve the moderate rise in costs being passed on. For compounds, the trends prevailing in September seem set to continue.

Styrenics: In most cases, producers have entirely passed on the steep cost increase caused by an SM reference that has leaped up EUR 190/t in September. For ABS and especially for EPS, where the market was characterised by supply shortage, many suppliers additionally topped the premiums with increased margins.

The roller coaster ride of styrenics prices continues. In October, the SM reference contract fell by EUR 110/t. At least PS and EPS prices are likely to plummet again in the wake of this decrease, even if producers are unlikely to transfer the entire cost decrease to their customers. ABS is likely to decline only slightly, because butadiene has increased by EUR 125/t and ACN is expected to also go up, which counterbalances the effects of the SM cost reduction by EUR 110/t.

PET: Chaos prevailed again on the European PET market in September and spot prices frequently underwent triple-digit increases. In contrast, the spectrum of price movements with contract and regular business was very broad, extending from a rollover to triple-digit hikes. The moderate rise in costs played only a minor role.

At the beginning of September, the hurricane in the US left a considerable amount of instability in its wake. Furthermore, the production stoppages in Belgium and – at least in the first half of the month – the UK deprived the market of a significant amount of material. Although imports are around, they are not particularly attractive price-wise. After the very high spot prices of the last few months, many buyers are on the lookout for reliable contract supplies. In this respect, the picture has turned around completely during the course of 2017.

Many players say the situation should calm down in October, and expect the declining seasonal demand for bottles to also lead to an easing of demand. At the same time, there are indications from the UK that the FM at a production line in Wilton could soon be lifted.

In the US, an important producer, M&G Polymers, seems to be about to go under, and production has been halted in a situation comparable to that at the site in Geel / Belgium due to liquidity problems. In view of the flood of material still arriving from Asia, bottlenecks are unlikely. Nevertheless, the era of excessive supplies of PET seems to be coming to an end, with two key top-ten producers in financial difficulties.

Engineering plastics markets in Europe presented a highly varied picture in September 2017. Whereas important materials like PC and PA 6 shed their first feathers because of the recent falls in feedstock costs, the near-dramatic developments along the PMMA and PBT feedstock chains have now become apparent in the shape of price increases for these two products. The situation with PA 6.6 also became more and more tense, but here the overlapping sector of the market with PA 6 had a stabilising effect. In contrast, POM seems to be a haven of peace presently.

Meanwhile, ABS also shot up in line with the sudden leap in the styrene reference price. The PP compounds also paid the price for the rise in the cost of propylene and its standard polymer derivatives.

With the classic engineering plastics, the respective trends in September should continue into October. Many quarterly agreements are still being negotiated, which underlines the uncertainty and the wrangling in many segments. However, the basic directions remain clear: Whereas PC and PA 6 will continue to be under downward pressure, PBT and especially PMMA will face further strong upward impulses.

Although ABS, which is heavily influenced by commodities, will be affected by another significant drop in the cost of styrene, it will be largely cancelled out by increases for butadiene and ACN. PP compounds will also continue to rise at a moderate rate.