More for Your Money – Wittmann Battenfeld Excels at Fakuma 2018 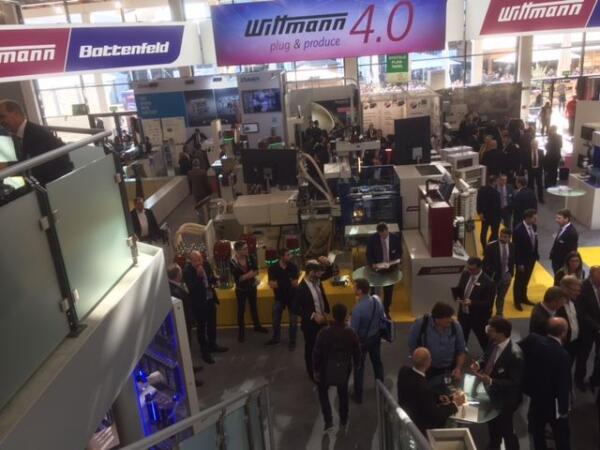 The Wednesday morning press conference revealed a plethora of new exhibits and technologies as well as positive commercial news across the Group.

Michael Wittmann reported that 2018 anticipated revenue for the company stands at 430 million euros – an increase of 6.7% compared to 2017.  Factory expansions continue across a number of fronts at WIBA HQ in Kottingbrunn, the latest being a new tech development centre which will be completed by the end of 2018. Work will begin this quarter on a new three-story building for engineering, production and quality, with an anticipated completion in Q3 2019. Further planned extensions to manufacturing at the site will include the creation of a fully automatic logistics centre and an assembly hall for vertical and rotary table machines.

On the Fakuma exhibition floor itself a number of key technologies were unveiled, including:

Barry Hill, WIBA UK Managing Director attended the event with customers and noted that “our SmartPower moulding machines are now very popular – in the UK and worldwide. The ongoing refinements in the design tell us the reason why.”

The world-class energy efficiency (KERS based); modular design and layout, compact size (small footprint – low head height), low noise – these all point to the developing popularity of an iconic machine.

Hill also points out that the “XL sizes of the SmartPower machine are able to punch far above their footprint and their ‘weight’ when it comes to production and the available space between tie bars.”

The SmartPower XL 240, for example, has a distance between tie bars of 850mm x 770mm, instantly positioning it in competition to an injection moulding machine of much higher tonne locking force and also facilitating the use of multi-impression tooling.

This extra XL space for moulding only adds a few centimetres extra to the footprint of the machine while increasing the minimum mould dimension available by more than 10%.

All SmartPower machines 25 to 400 tonnes are supplied by WIBA UK from UK stock with KERS energy and servo pump as standard.

Related Post  Arburg On Track for Success With "Road to Digitalisation"